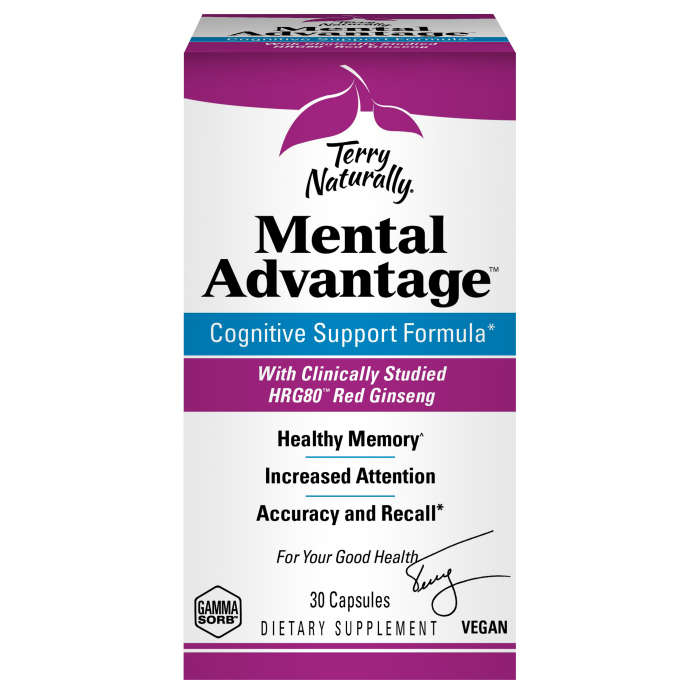 Absorption: The Crucial Difference with GammaSorb®
GammaSorb is a unique delivery system shown to increase the absorption of certain hard to absorb (fat soluble) nutrients by as much as 8 times.

^Based on a randomized, double-blind, placebo-controlled study of the ingredient HRG80™ Red Ginseng.
†Compared to classic ginsenosides in an in-vitro scientific (Caco-2) study. 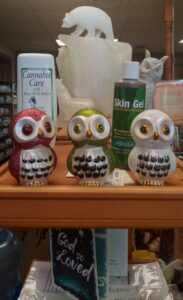 Shop Marietta Health Food of East Cobb (right down by the Big Chicken), for your families favorite stocking stuffers!

We carry everything to get you through the holidays from natural remedies of vitamins and minerals to heal and enhance your immune system during this time of gatherings from bath balms to December Holiday Essential Oils and more!

25% off natural gemstone bracelets with the exception of shugnite, and Himalayan Salt lamps of unique shapes and sizes are 50% off while supplies last!

From Our Family to Yours,
Happy Holidays and Joyous Celebrations to All!

We're into another change of seasons. During the change of seasons, don't let up on what you're doing. Keep things going year round and load up on your things that are antiviral, antibacterial and antifungal.

This green tea variety is made from tea leaves that have been powdered, which gives it a strong, appealing flavor when brewed. Matcha Green Tea is a favorite of tea connoisseurs, and has been enjoyed for more than a thousand years. 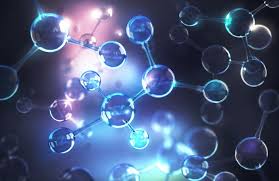 Hydrogen acts as a therapeutic antioxidant by selectively reducing cytotoxic oxygen radicals
The “oxygen radicals” referred to in the title are free radicals or reactive oxygen species (ROS). Not all oxygen radicals are “cytotoxic” (harmful to cells.) While the strongest oxidants, hydroxyl radicals are dangerous, other ROS must be left alone to do their work in the body. This study shows how hydrogen protects cells by neutralizing hydroxyl radicals, while leaving other ROS alone to fulfill their necessary physiological roles.

Hydrogen has another advantage over other antioxidants because it is such a tiny molecule: it is able to penetrate cell membranes, and can easily enter deep into cell components, such as mitochondria and the nucleus, where other antioxidants are not able to reach.

The effects of molecular hydrogen on various diseases have been documented for 63 disease models and human diseases (at the time this article was written.) Most studies have been performed on rats and mice, however the lack of any adverse effects of hydrogen have enabled clinical studies in humans even in the absence of animal studies. Important effects of hydrogen are observed especially in diseases caused by oxidative stress including
Neonatal cerebral hypoxia (reduced supply of oxygen to the brain at birth)
Parkinson’s disease
Ischemia/reperfusion of spinal cord, heart, lung, liver, kidney, and intestine (ischemia is the restriction of blood supply to tissue, reperfusion is the damage caused when blood supply returns to the tissue after a period of ischemia)
Transplantation of lung, heart, kidney, and intestine
Six human diseases have been studied to date:
Diabetes mellitus type 2
Metabolic syndrome
Hemodialysis (treatment for kidney disease)
Inflammatory and mitochondrial myopathies (muscle disease)
Brain stem infarction (stroke of the brain stem)
Radiation-induced adverse effects (due to radiation therapy for tumors)
Two enigmas remain to be solved. First no dose-response effect is observed. Rodents and humans are able to take a small amount of hydrogen by drinking hydrogen-rich water, but marked effects are observed. Second, intestinal bacteria in humans and rodents produce a large amount of hydrogen, but an addition of a small amount of hydrogen exhibits marked effects. Further studies are required to explain the molecular mechanisms of hydrogen effects and to determine the optimal frequency, amount, and method of hydrogen administration for each human disease.

Persistent oxidative stress is one of the major causes of most lifestyle-related diseases, cancer and the aging process.

Despite the clinical importance of oxidative damage, antioxidants have been of limited therapeutic success. Molecular hydrogen has potential as a novel antioxidant in preventative and therapeutic applications. Hydrogen has a number of advantages as a potential antioxidant: it rapidly diffuses into tissues and cells, and it is mild enough neither to disturb metabolic redox reactions nor to affect reactive oxygen species (ROS) that function in cell signaling, thereby, there should be little adverse effects of consuming hydrogen. Hydrogen shows not only effects against oxidative stress, but also various anti-inflammatory and anti-allergic effects.

Recent advances in hydrogen research as a therapeutic medical gas

Recent research has revealed that hydrogen is an important factor in the regulation of physiology. It has protective effects on cells and organs including antioxidant, anti-inflammatory, and anti-apoptotic (protective against cell death) effects. Therapeutic hydrogen has been applied by different delivery methods including straight-forward inhalation, drinking hydrogen dissolved in water, and injection with hydrogen saturated saline. This review summarizes currently available data regarding the protective role of hydrogen, provides an outline of recent advances in research on the use of hydrogen as a therapeutic medical gas in diverse models of disease and discusses the feasibility of hydrogen as a therapeutic strategy. It is not an overstatement to say that hydrogen’s impact on therapeutic and preventive medicine could be enormous in the future.

Hydrogen as a Selective Antioxidant: a Review of Clinical and Experimental Studies

Oxidative stress is implicated in the development of many diseases; however, currently used antioxidants have high toxicity. This means they can only be taken in small amounts which limits their therapeutic effectiveness. There is a clear need for more effective and safer antioxidants. Recently, many studies have reported that molecular hydrogen (inhaled or taken as hydrogen-rich water) can exert beneficial effects in animal models of human diseases. Promising results have also been obtained in clinical studies with humans. These studies suggest that hydrogen has selective antioxidant properties, and can also protect against inflammation, allergies and cell death. This review summaries recent research findings and mechanisms concerning the therapeutic potential of hydrogen.

A hypothesis on chemical mechanism of the effect of hydrogen

Many studies have shown that hydrogen can an play important role in antioxidant, anti-inflammatory and other protective effects. It has been shown that hydrogen can selectively scavenge hydroxyl radicals, however the mechanisms of other recent experimental results have not been explained. This article presents the hypothesis that hydrogen may act as a ligand by binding to metal ions in some proteins, thus regulating the metabolism of ROS and signal transduction. It’s important to note that no study was done to test this hypothesis. 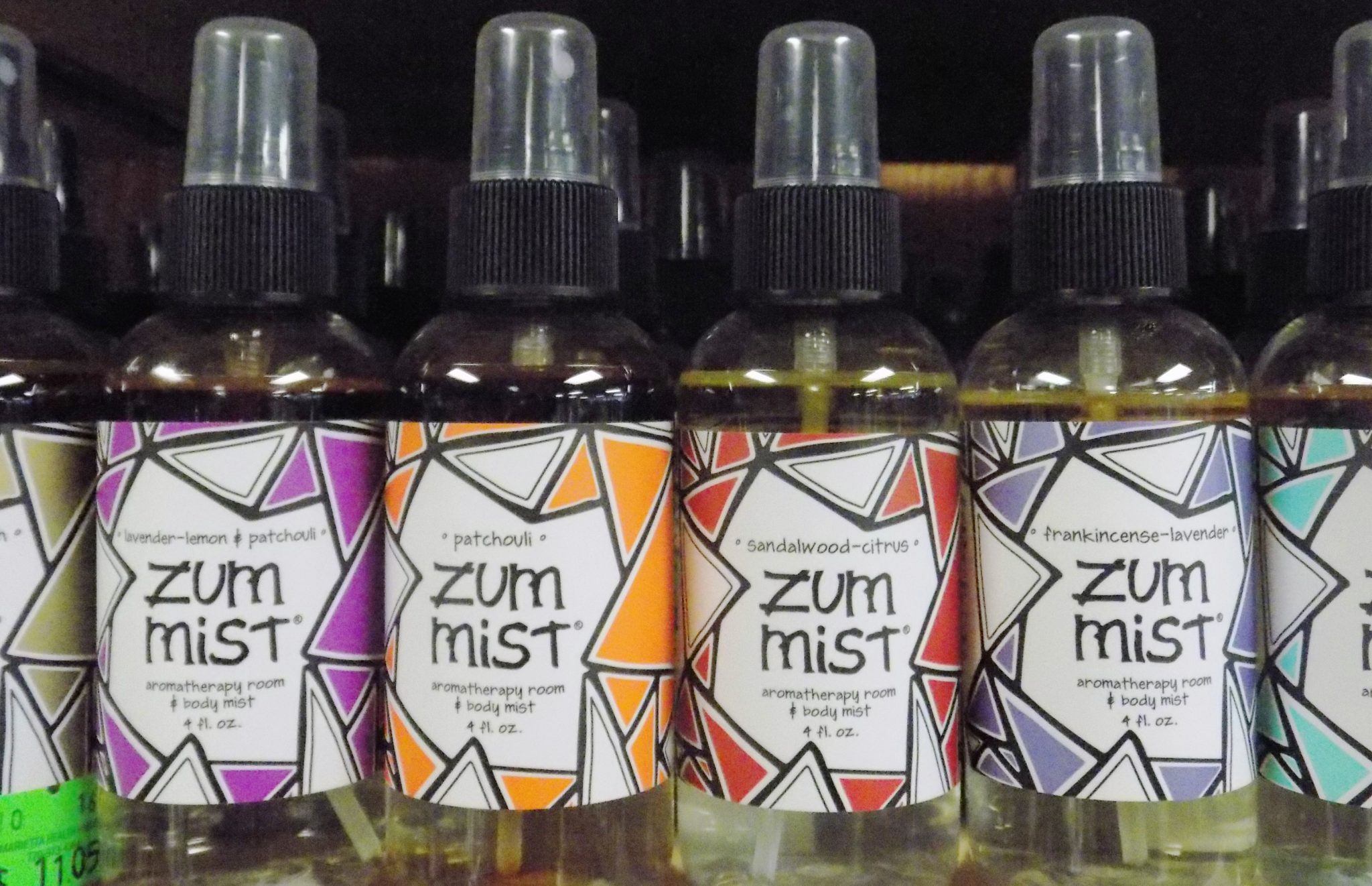 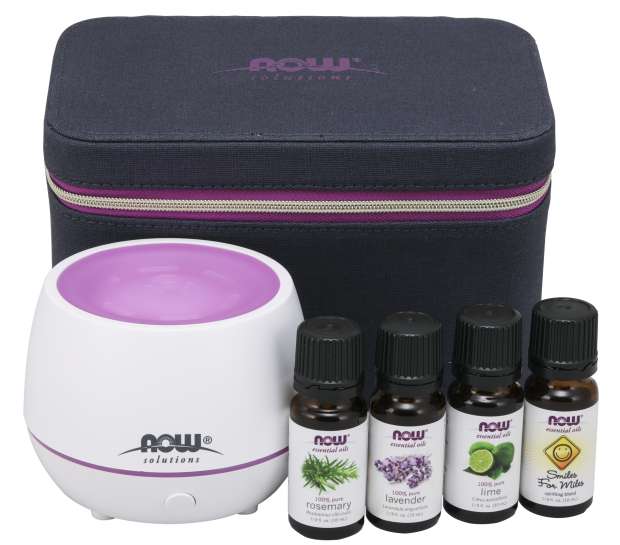 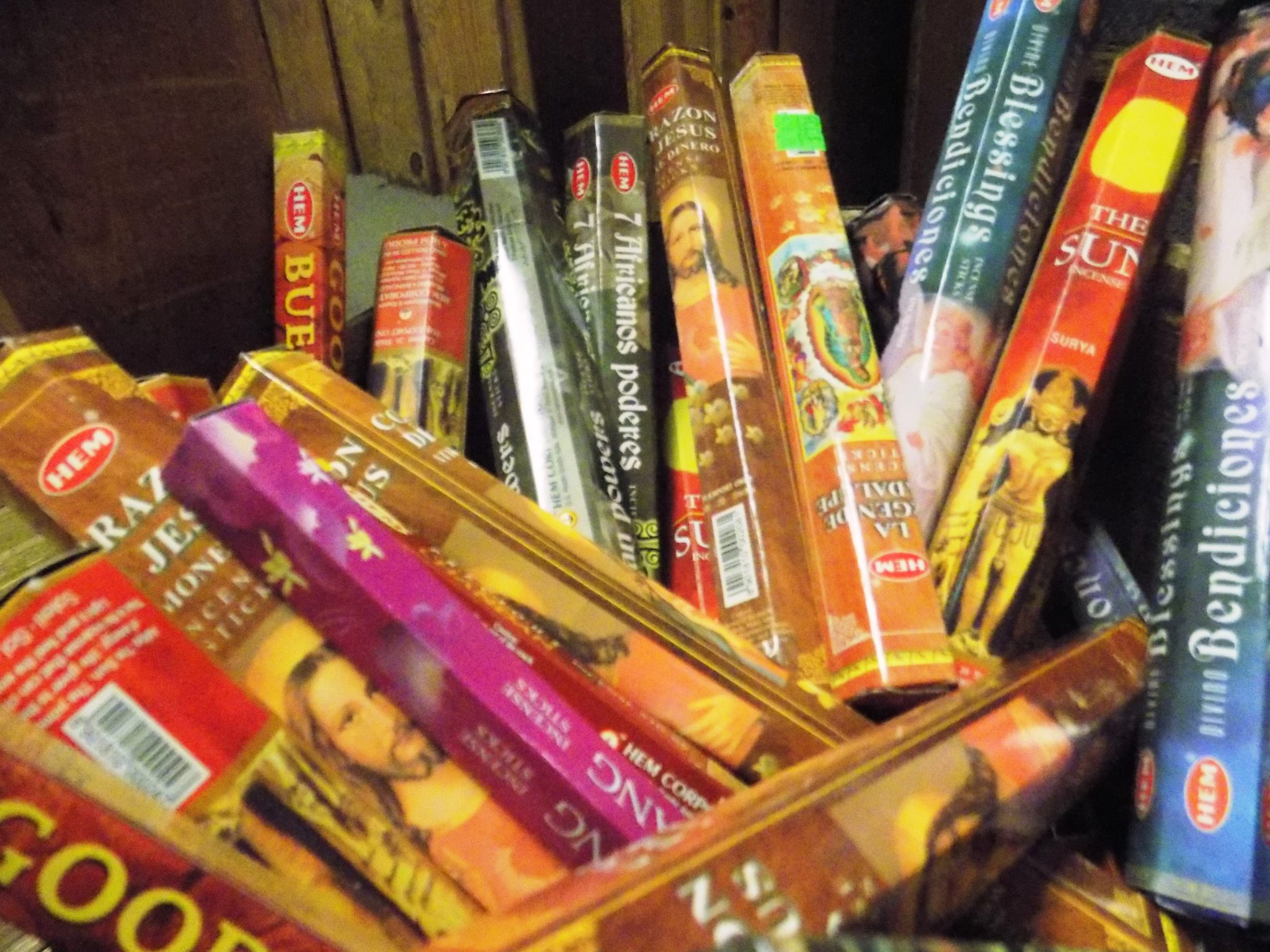 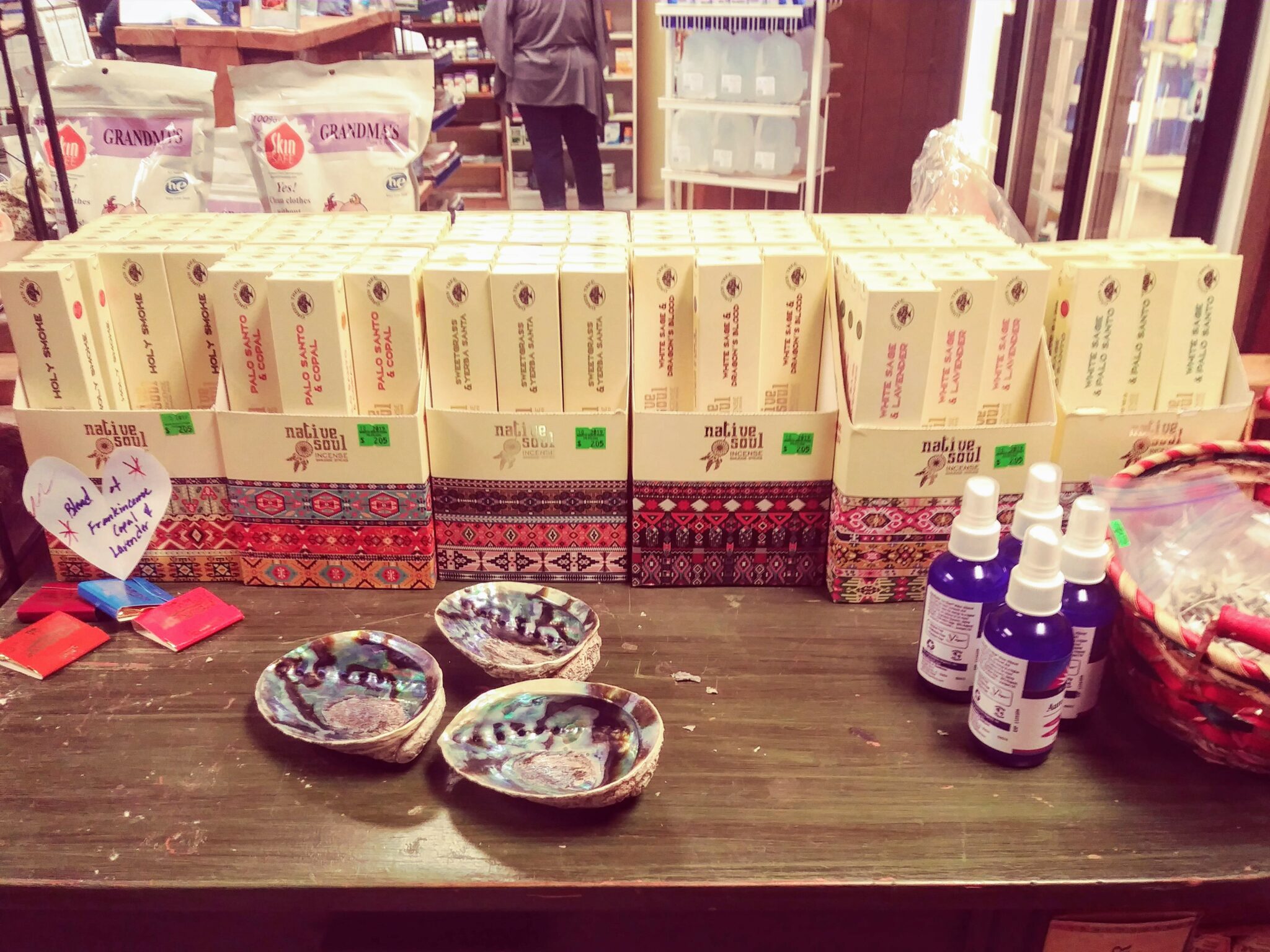 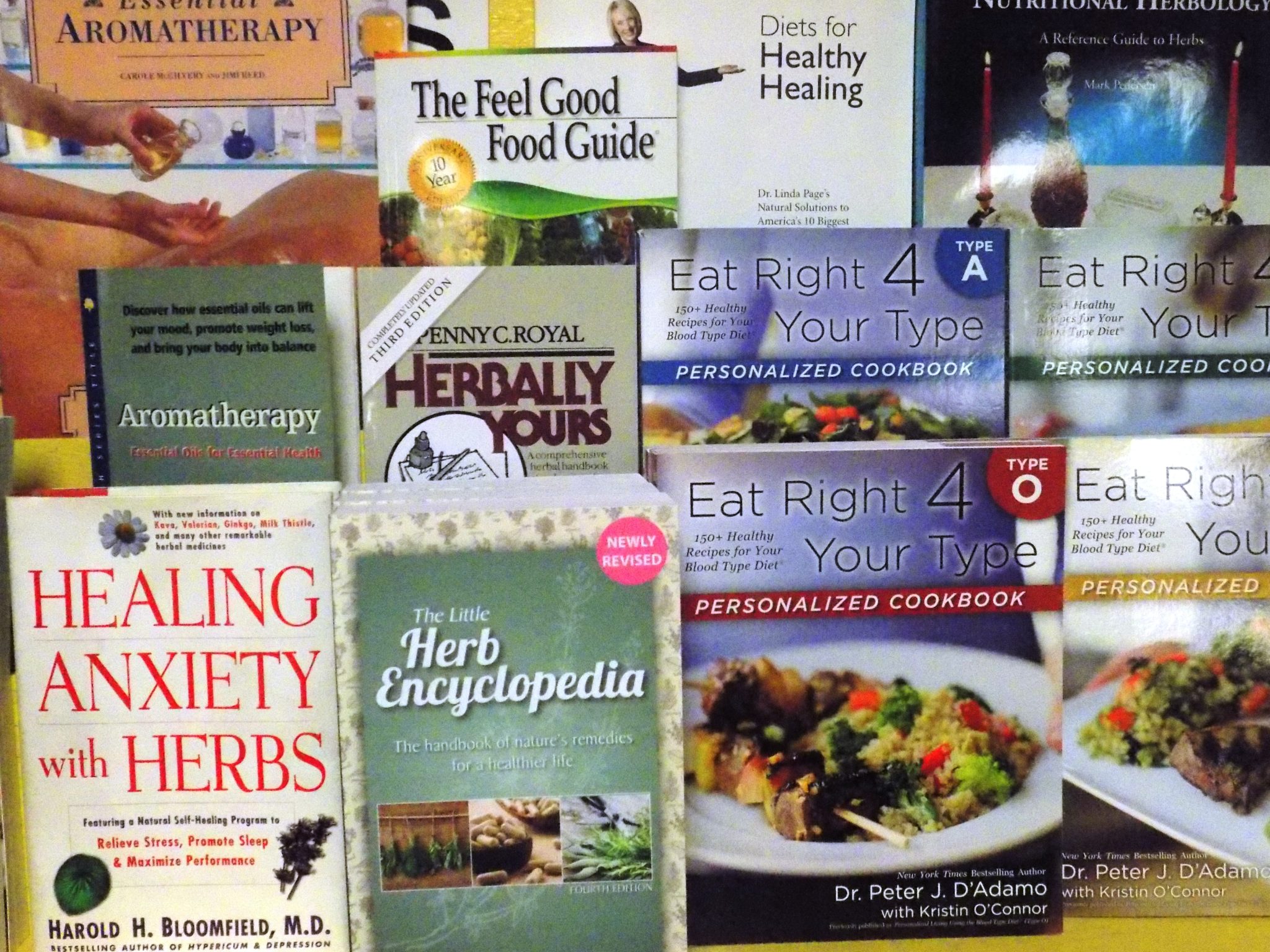 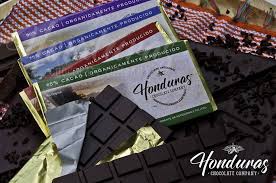 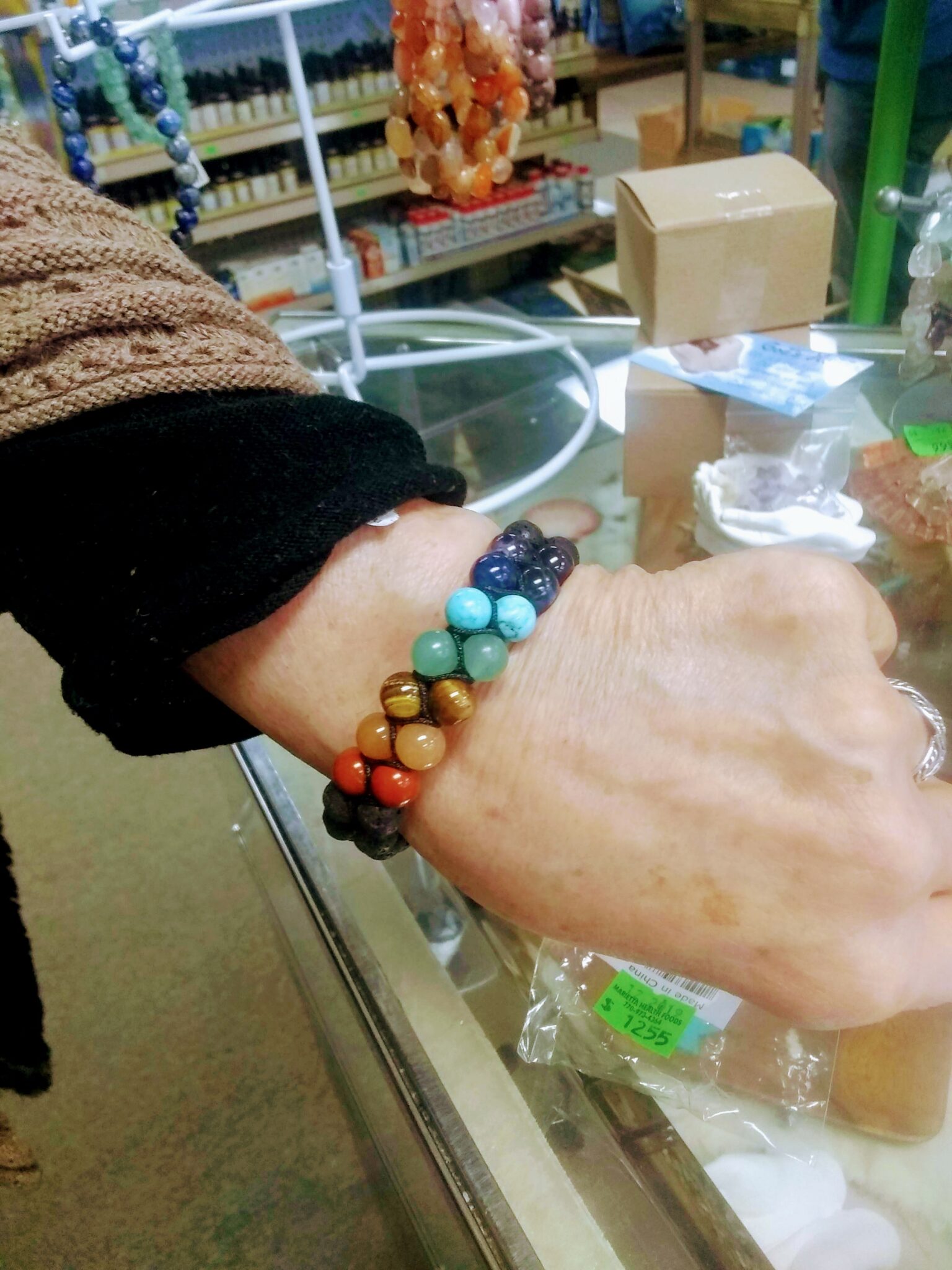 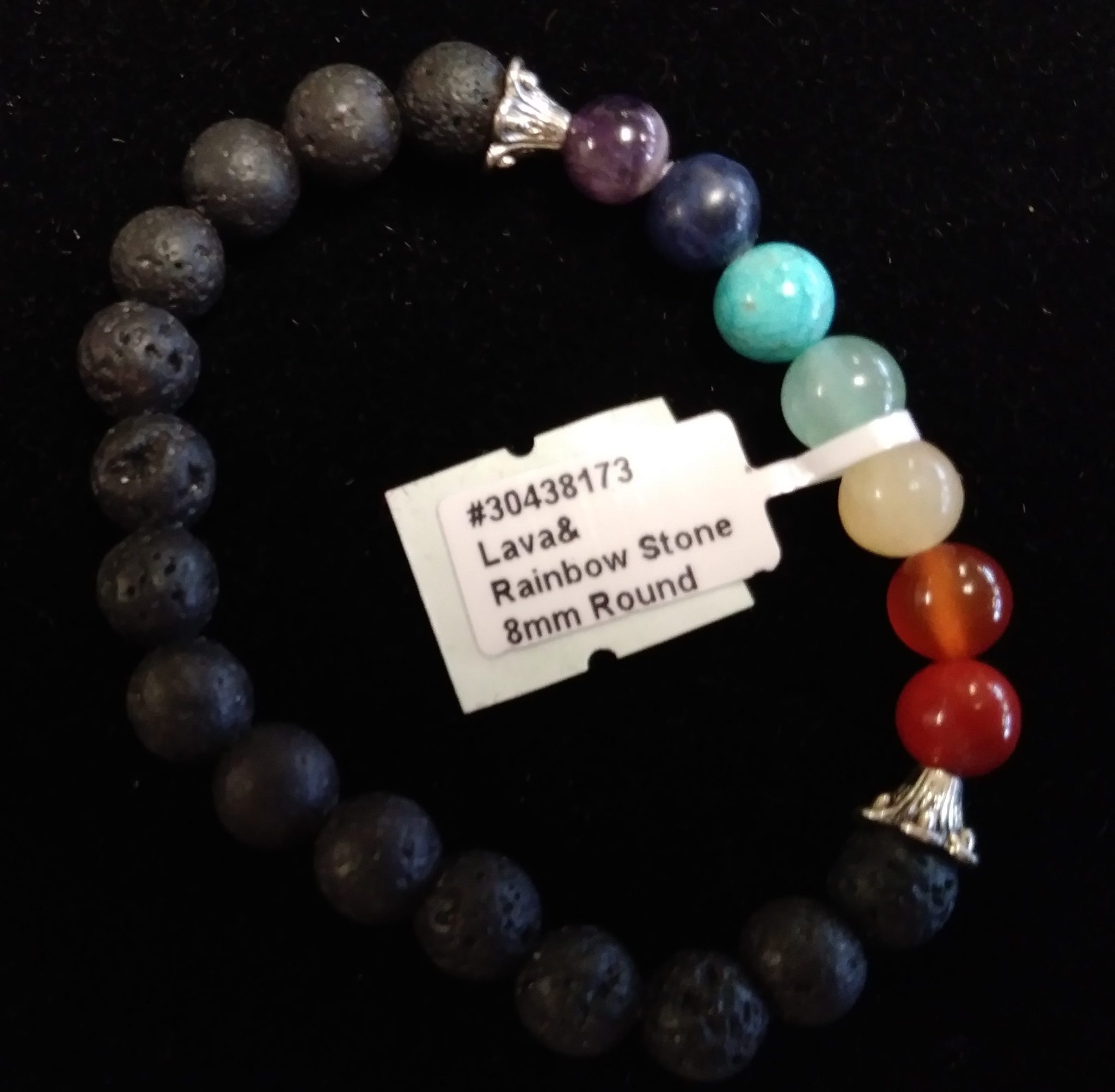 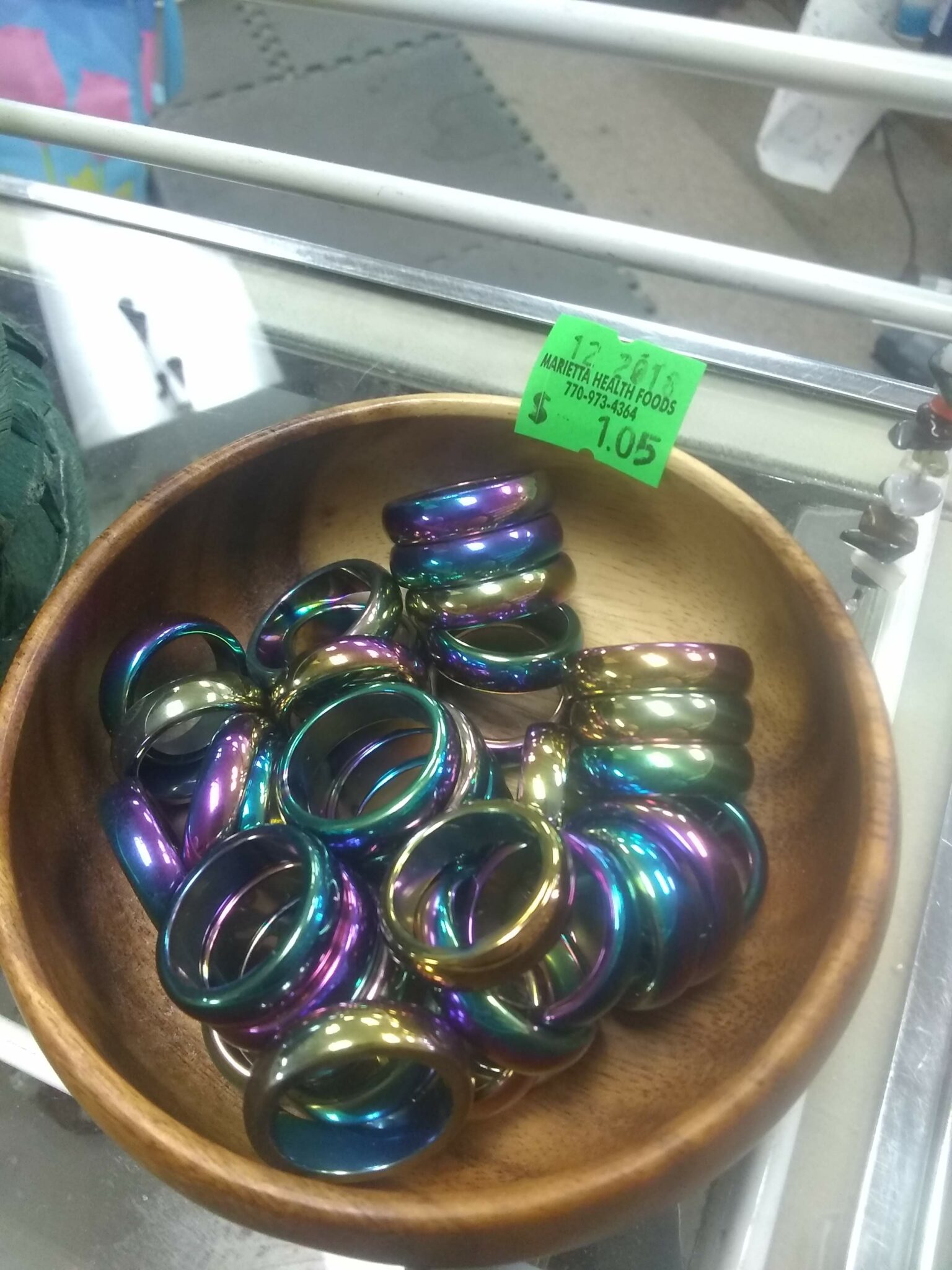 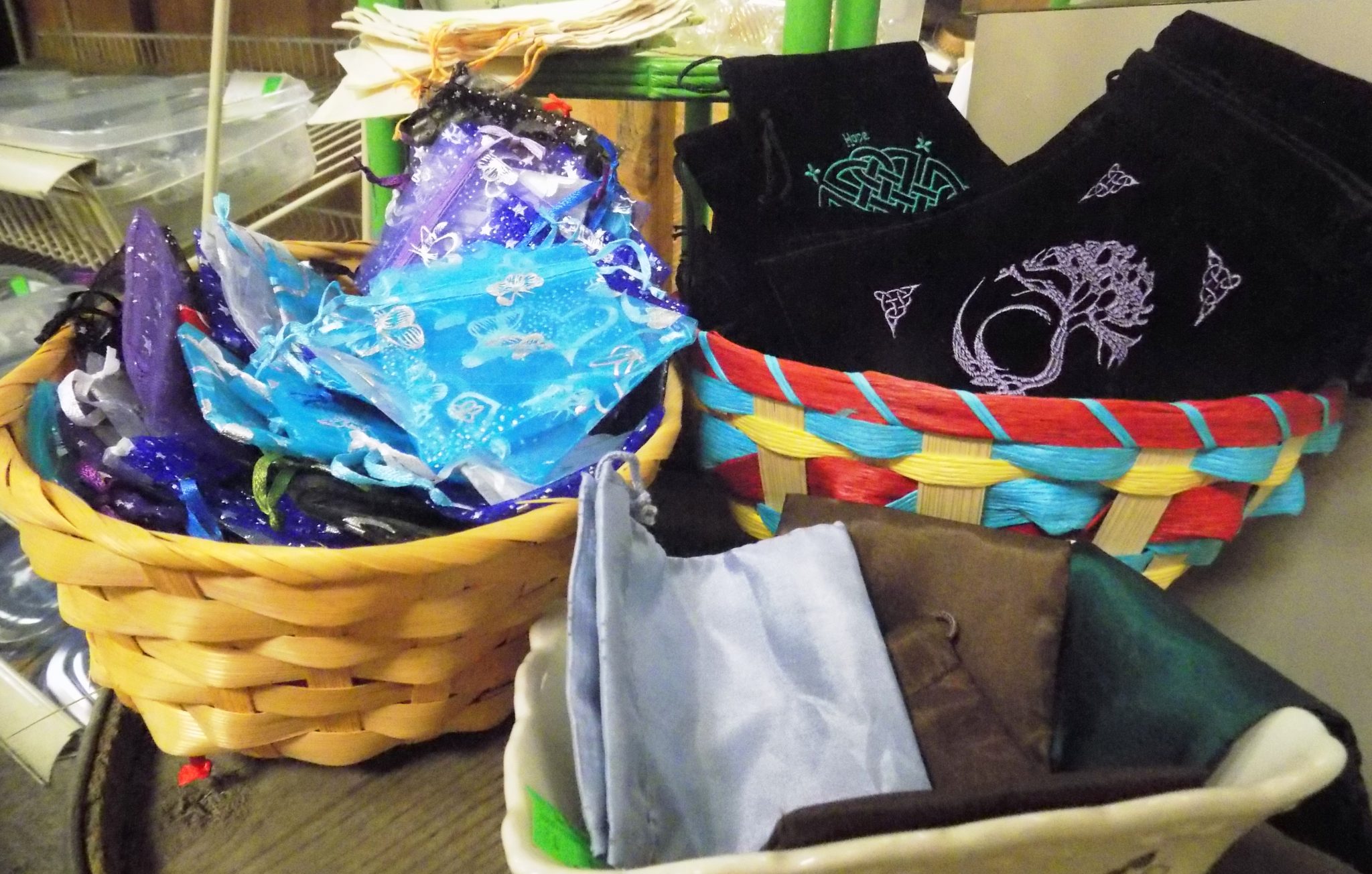 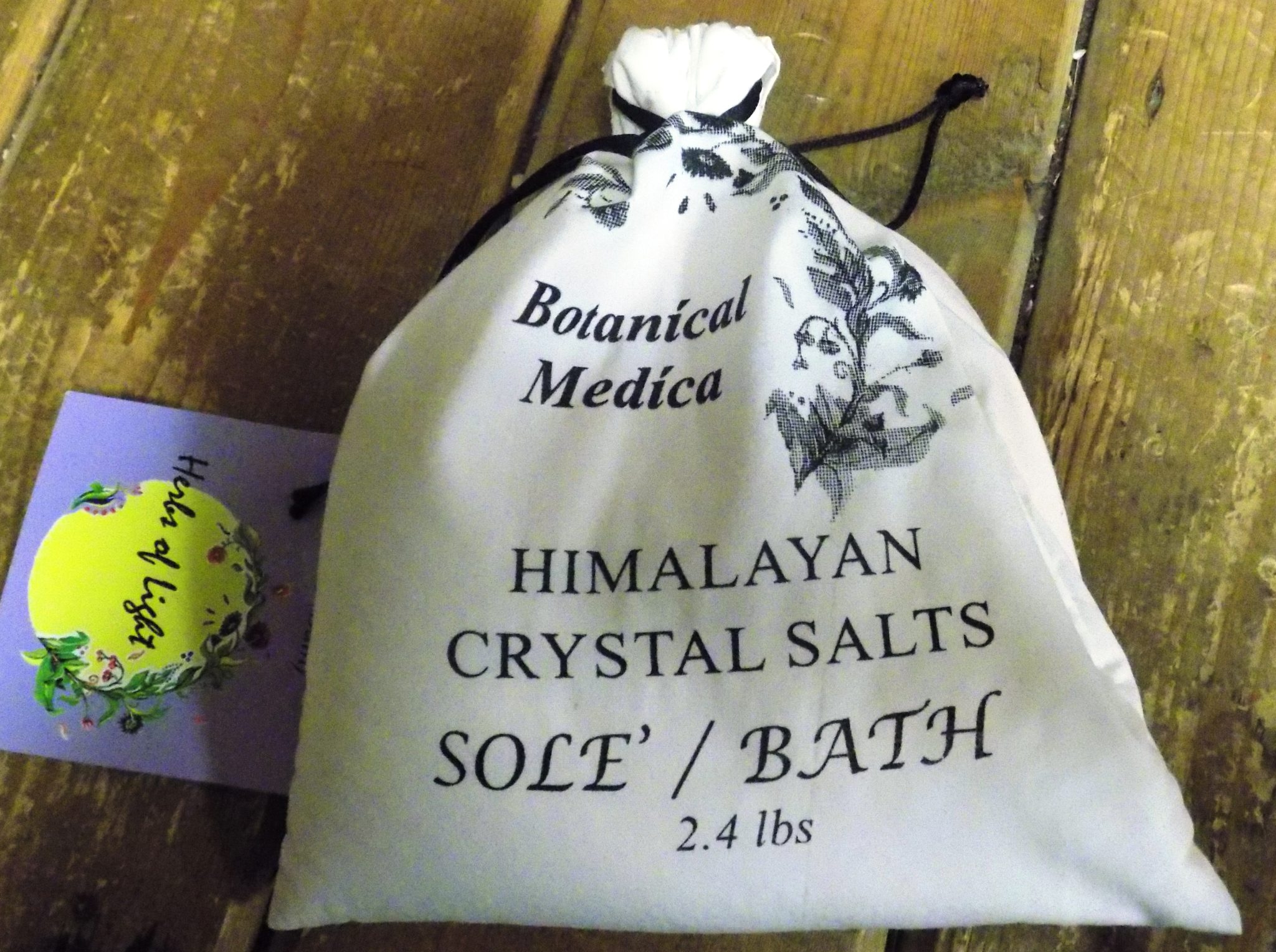 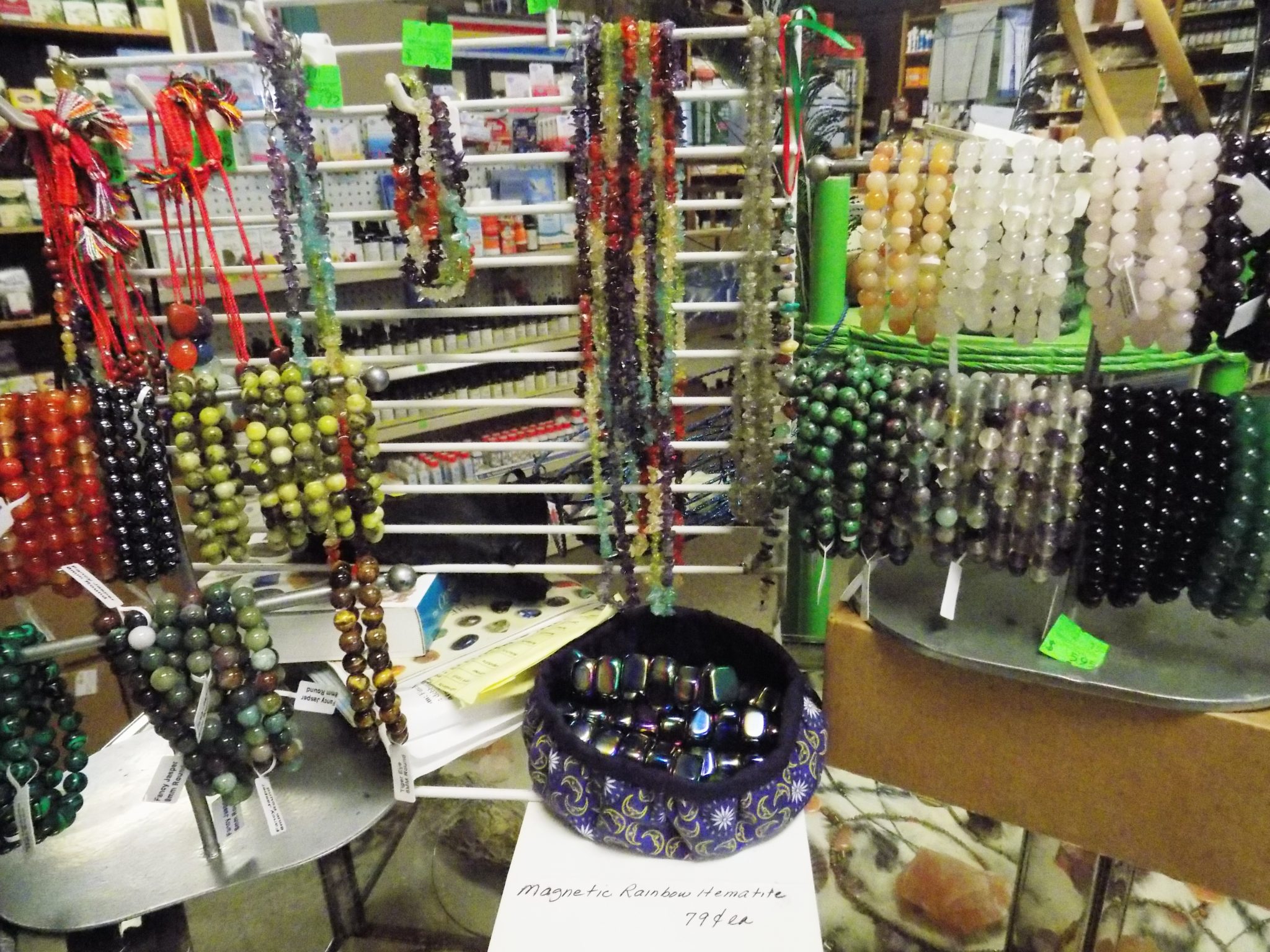 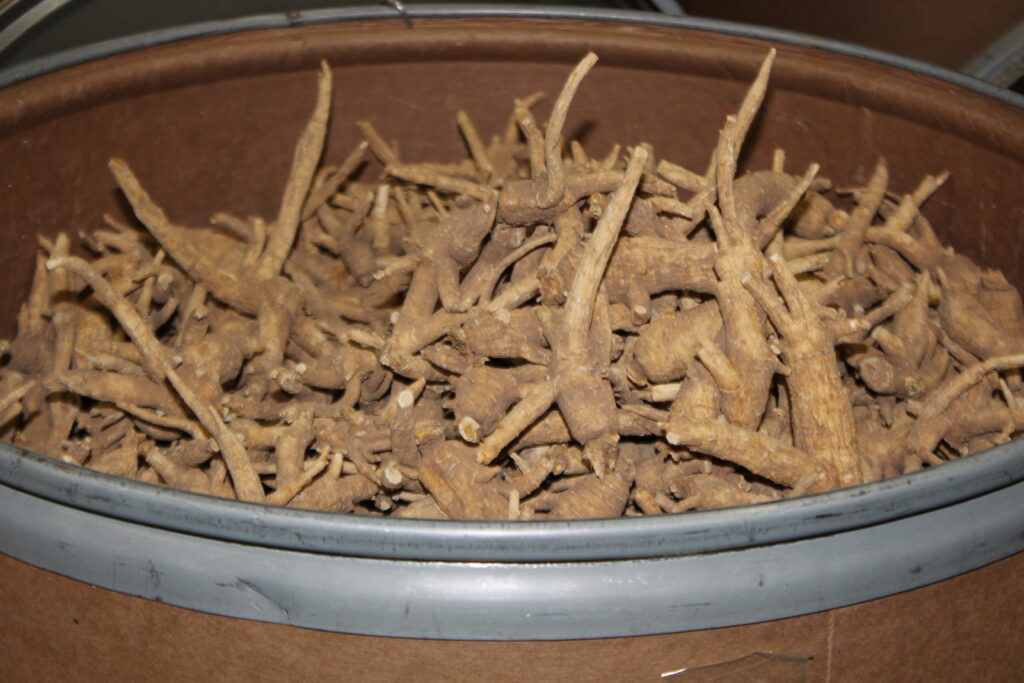 Ginseng is one of the most popular of all the herbs or roots and has been used in traditional Chinese medicine for centuries.

Is it a root or herb?

It is considered both!

Ginseng is a slow-growing, short plant with fleshy roots.

The length of time it is grown determines the classification: fresh, white or red.

Marietta Health Foods offers an array of ginseng products from roots, extracts, capsules and both loose leaf and instant tea! Come by and find the right ginseng fit for you! 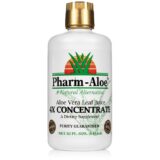 Ghee is made by slowly simmering butter that has been churned from cream. The process separates the milk solids and the water from the butter fat. This slow cooking process also develops a rich almost nutty flavor in the ghee butter.

Ghee is 100% natural and is not stabilized in anyway. The natural cooking process removes the water and milk solids, creating a smooth and spreadable butter. Ghee will last at room temperature for 3-5 months and can be stored longer if kept in a refrigerator. 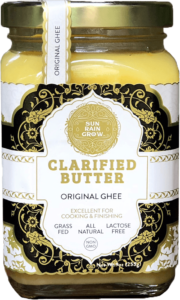 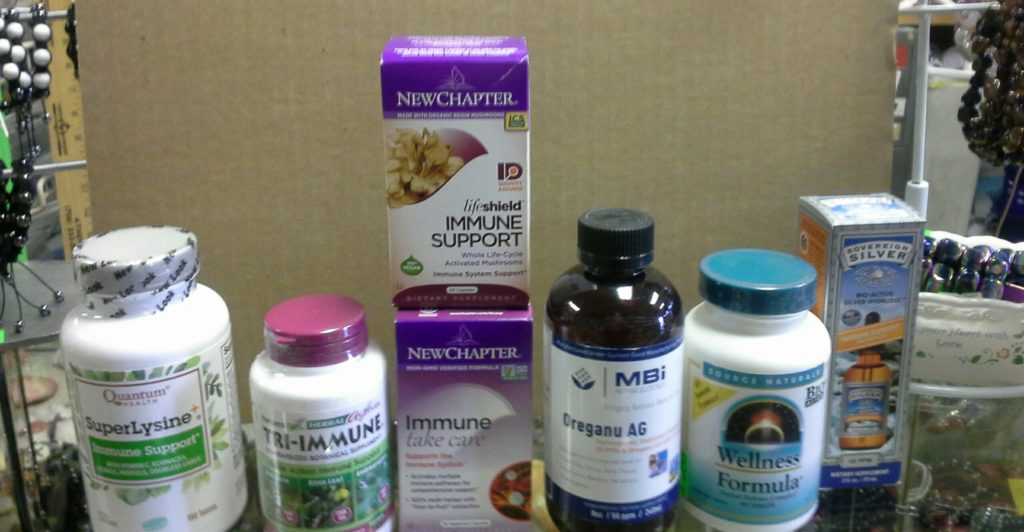 The spread of the flu according to Consumer Reports:

“More than 200 viruses cause the common cold, and hundreds of flu strains emerge each year.
And those germs are everywhere. A sick person’s cough or sneeze has millions of viral particles. A cough can expel droplets at speeds of about 50 mph, a sneeze at more than 100 mph, sending them 6 feet or farther.”

A synopsis from the CDC shows higher numbers of reported flu cases as well as higher variances of the types of flu going around in 2018 is higher than average.

We suggest homeopathy as a special approach!
Stimulating your body’s natural defenses can help fight those cold and flu symptoms. Runny noses, coughing congestion, sore throats, headaches, nausea and fever and chills are no fun!

We offer products that can build your resistance and help speed the relief of your flu symptoms! Bundle up and come by to see us or send a friend or neighbor who cares! 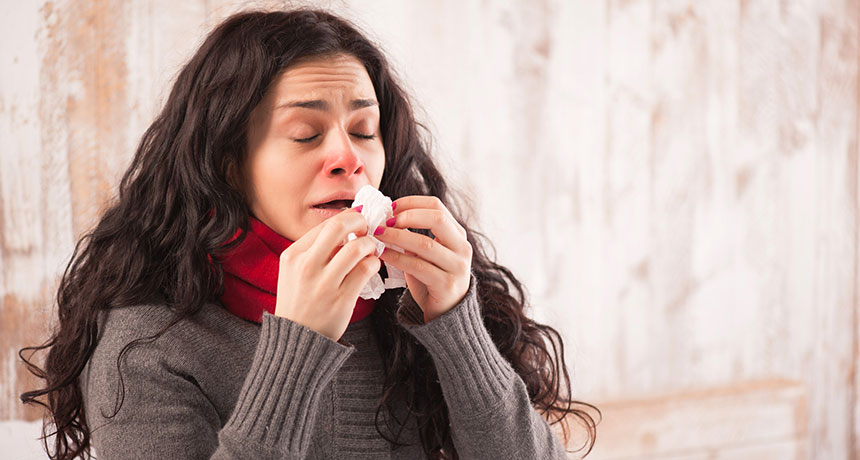 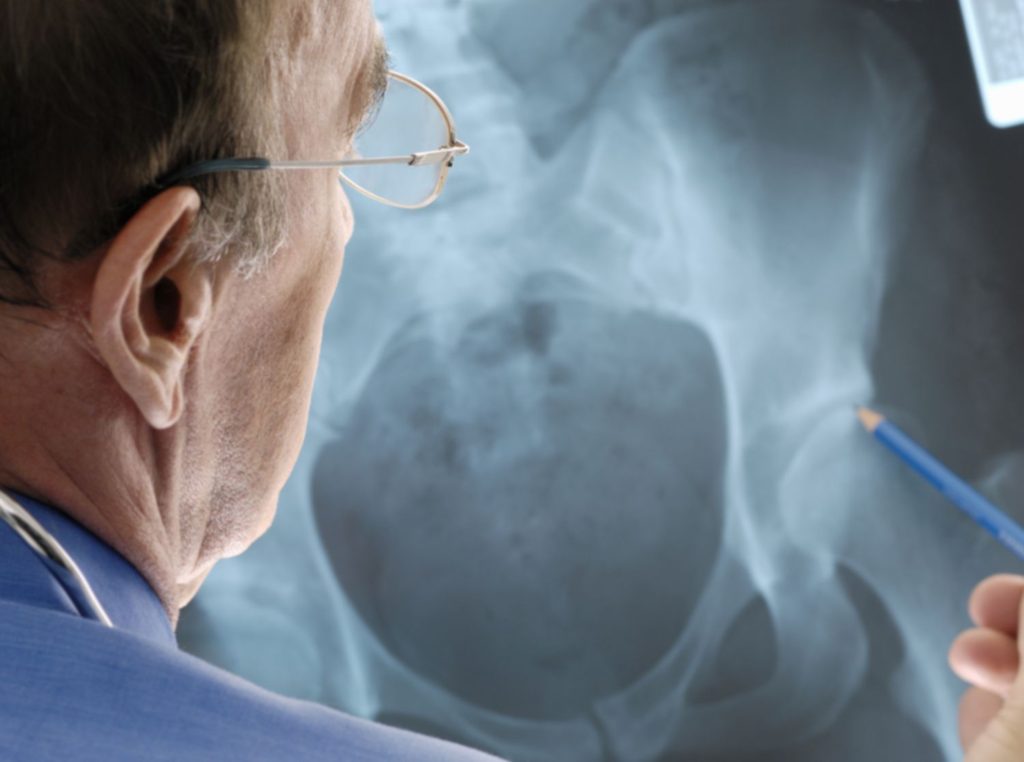 What is the danger of osteoporosis?

Steps to slow osteoporosis progression include: 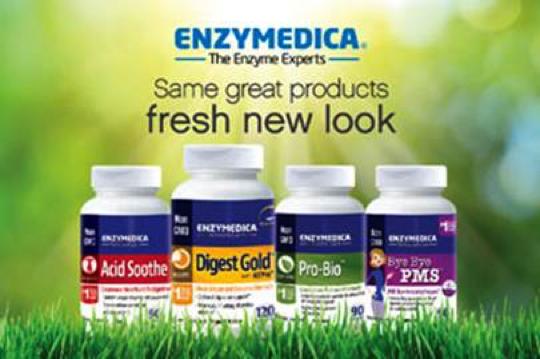 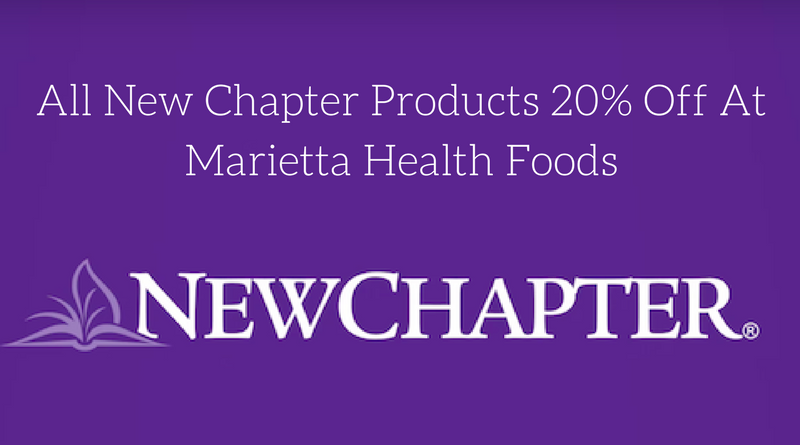 Marietta Health Foods carries a wide array of high quality essential oils singles and blends as well as AROMATHERAPY ACCESSORIES including empty dispensers (roll on and spray bottles, inhalers and jars), and also carrier oils so you can make your own blends and formulas.