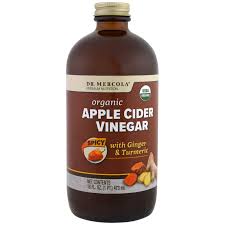 A potent combination for your health! This Organic Apple Cider Vinegar is not ordinary – it’s turbocharged with Ginger AND Turmeric, two special fat-burning botanicals. Plus, it comes in three tasty varieties: Sweet, Spicy (with organic habanero pepper), and Blueberry. It’s unlike any other on the market.

Organic Apple Cider Vinegar with Ginger and Turmeric provides a delicious addition to your drinks, recipes or simply as a salad dressing. Taking even a small amount of organic apple cider vinegar each day may be an important step for your health.

How Apple Cider Vinegar May Support Your Metabolic Health

I believe apple cider vinegar holds much potential for supporting your metabolic health, too.

Apple cider vinegar is what’s known as a “thermogenic.” Thermogenesis is the process of helping to burn body fat to generate body heat. Researchers have found that acetic acid:

At the end of the study, the people who drank either of the beverages with vinegar showed less signs of metabolic syndrome compared to the no-vinegar group.

Revealing Another Vital Component in Apple Cider Vinegar
When buying apple cider vinegar, an important rule applies: the cloudier the vinegar, the better. If you can see through it, leave it. Don’t waste your money.

Instead, you want to see a cobweb-like substance floating through the vinegar or settled on the bottom of the bottle.

This is what’s known as the “mother.” Created by beneficial bacteria in the vinegar during the long fermentation period, these protein strands contain healthy enzymes and probiotic bacteria.
The mother supports your gut health and it’s your assurance of a good quality apple cider vinegar.

But what these consumers don’t realize is, when you process the vinegar and remove the building blocks for the mother to develop, you radically reduce your potential health benefits!

You want organic, raw, unfiltered, and unprocessed apple cider vinegar, which is murky and brown.

A mother can only exist in vinegar that is not pasteurized or filtered. An apple cider vinegar without the mother and its beneficial enzymes and probiotics isn’t worth buying!

Apple cider vinegar may be helpful for your digestive health.

We already know about the enzymes and probiotics that the mother provides. They’re both important for the health of your entire gastrointestinal tract.

However, it appears that acetic acid may promote gut health as well.

In one study with mice, when acetic acid was added to their drinking water, they had higher levels of good bacteria in their guts, such as Lactobacillus and Bifidobacteria and showed signs of improved digestive health. 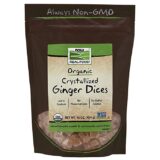